Watch the process of 3D drawing SpongeBob Squarepants figure around a Rubik's Cube with a Polaroid Play 3D pen.

In the first episode SpongeBob is still missing his face and his square pants. Watch me finish my SpongeBob Squarepants Rubik's Cube 3D pen drawing in the second part.
The video will be published in January 2019 because my Polaroid Play 3D pen stopped working and I'm waiting for a replacement.

Explanation of the steps:

1. I'm using a slightly smaller Rubik's Cube than the original.
2. Preparing the cube, removing the stickers and drilling small holes on each cubie.
3. Covering the pieces in yellow PLA. My filament didn't stick to the cube so I'm using holes to attach them.
4. Marking outline of the pants.
5. Drawing the holes and filling to even layers.
6. The center caps kept falling down so I had to attach them with holes.
7. Adding a slight trapezoid shape to the cube.
8. I don't have too much brown filament so I'm using grey for the underwear. Later I'll cover everything with a layer of brown.
9. Drawing the eyeballs and pupils.
10. First I tried a smiling face but that didn't work too well, so I changed it to a big grin instead.
11. The red parts: tongue, necktie and cheeks.
12. Adding holes to the edges too.
13. Drawing the shoes and arms on a sheet of paper and attaching them to the body.
14. White socks with red and yellow stripes.
15. At the first attempt the teeth were blocking the movement of the Rubik's Cube so I decided to attach them to the piece below.
16. Finishing with the nose and eyelashes. 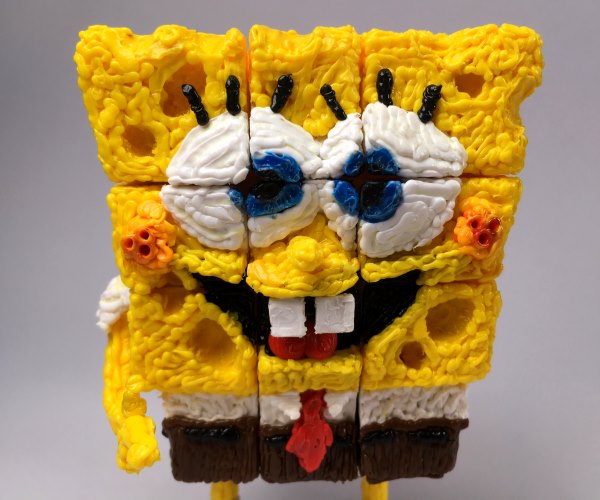 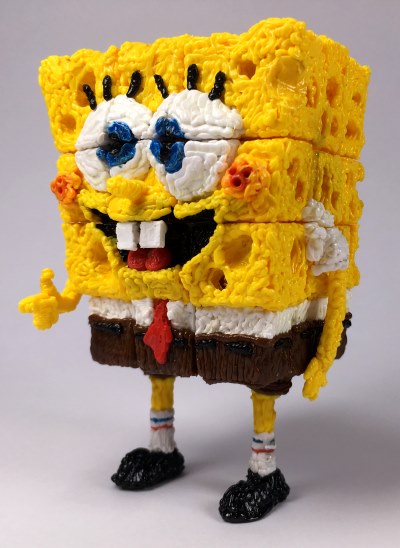 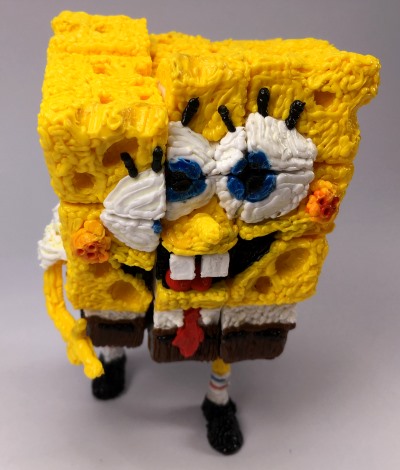 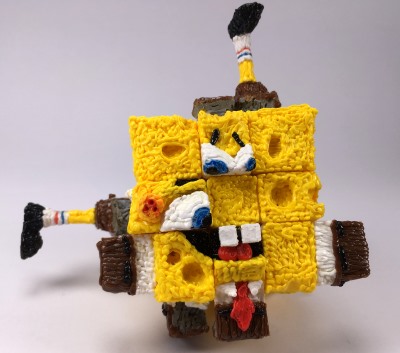 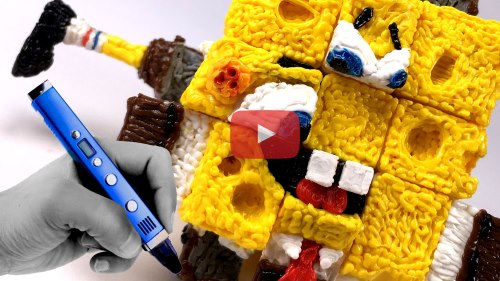