Magic Tricks with the Rubik's Cube 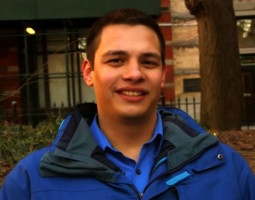 Solving the cube has always been an extraordinary feat for most of the general public. Solving a puzzle that they themselves had tried so hard to do in the past. It may even inspire people to try and learn the cube. Despite its apparent simplicity for most people who can solve the puzzle, it is still impressive as a party trick or a conversation piece. These characteristics bring the hobby of solving the Rubik’s Cube closer to another hobby – Magic tricks.

Cubing and magic tricks both take a large amount of time to learn and master, but when executed just right, they can drop jaws and stun crowds. Some people have taken this to another level – Combining Magic and the Rubik’s Cube for an even more incredible performance. In this article I will be going over tricks performed by Steve Brundage, the most well-known Rubik’s Cube magician.

Steven Brundage is a Rubik’s Cube magician who appeared on Penn and Teller’s “Fool Us”, in which magicians are challenged to fool two of the greatest minds in magic. Brundage succeeded in fooling Penn and Teller, and the video of his performance (which shows the tricks described below):

One of the most common Rubik’s Cube tricks to be performed is the instant-solve trick. It involves the magician taking a scrambled cube, showing each face to the audience, attempting to solve it himself beforehand, before finally throwing the cube in the air and catching it solved.

There are numerous videos of this trick being performed, this one shows Brundage doing two variations of the trick to avoid a speeding ticket.

This most basic variation is performed using a fake cube. When solved, one of the sides appears scrambled (impossible on a normal cube). By performing 6 easy to remember moves to the cube, it can appear entirely scrambled. Using this “scrambled” cube, you can show the audience all six sides. Then, by holding the original scrambled face towards the audience, undo the six moves whilst pretending to be trying to solve it. Then, when you throw the cube in the air and catch it, all but one side of the cube will be solved. Using simple sleight of hand, you can make the audience believe they’ve seen all six sides. Here is a video tutorial by RedKB which shows the trick in action.

The second trick shown in the speeding ticket video above involves Brundage showing the scrambled cube to the officers and then throwing it behind his back one handed and catching it solved.

Cube in a Bag Trick (speculation)

The cube in a bag trick involves taking a scrambled Rubik’s Cube, showing it scrambled to the audience, and then placing it in a paper bag (which can also be shown to the audience), before removing the cube once again, this time solved.

Possible explanations for this trick all believe that the bag is a gimmick. In all performances of the trick, when the cube is removed from the bag solved, the bag is immediately discarded without the audience being able to see inside for a second time. This puzzle does not use a similar technique to the first, as all six sides of the cube are clearly shown before and after the trick.

In the live performance of this trick, Brundage scrambles his own cube whilst speaking to the audience, leaving the one selected untouched. He then asks Teller to hold the cube covered in his hands, and when he opens his hands to reveal the cube, it matches the one Brundage had been scrambling on every side.

Speculation for this trick states how in the first part of the performance, when both Brundage and Penn are scrambling two different cubes, Brundage is performing a set of moves to the cube to get it into a certain position, which he then repeats on the scrambled cube whilst talking to the audience later. However, this theory relies on Brundage knowing which cube Teller would choose of the two that were scrambled. It is likely that he had a plan for whichever of the two cubes Teller chose, although more is not known.