Contribute
Home » Rubik's Cube - The most popular puzzle in the World

Are you interested in the World's best selling puzzle toy? You can read articles about the Rubik's Cube here and on the attached subpages just browse among the topics listed in the sidebar.

The Rubik's Cube, originally called the "Magic Cube" is a a 3-D mechanical twisty puzzle invented and licensed by Hungarian sculptor and professor of architecture Erno Rubik in 1974. 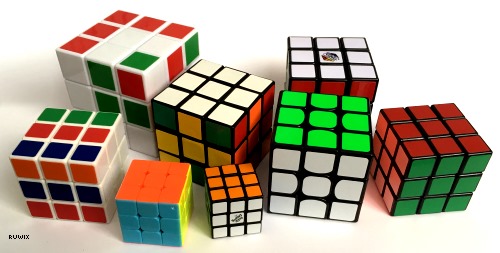 In a classic 3x3x3 Rubik's Cube, each of the six faces are covered by nine stickers, traditionally white, red, blue, orange, green, and yellow. The structure of the cubelets enables each face to turn independently, mixing up the colours. For the puzzle to be solved, each face must be returned to consisting of one colour. 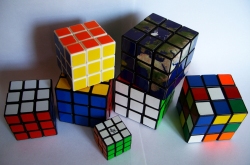 The Rubik's Cube has celebrated its 45th birthday in 2019 and it's still popular, especially in the USA, Europe, India and the Far East. According to the estimations, 400 million cubes had been sold worldwide (Rubik's Brand only) making it the World's top-selling puzzle game and best-selling toy. The World Cube Association organizes various speedcubing competitions worldwide. On these occasions the contestants have to solve the Rubik's Cube as fast as possible. There are special types of competitions when the solution is done blindfolded, one handed, using just feet, or underwater in a single breath.

In 2015 Lucas Etter (USA) managed to solve the cube under 5 seconds for the first time on an official competition. Since then his record has been broken many times, the current standing record being as low as 3.47 seconds by Yusheng Du.

The mystery of the Magic's Cube consists in its simplicity and yet unsolvability. It's a very simple toy, everybody can understand what is the goal at the first time they hold it in their hands and it's still almost impossible to solve for a human being because you should foresee too many steps while solving it. When the puzzle was invented it took one month to solve it for the very first time. They weren't even sure that it was solvable until that point.

Mathematicians were analyzing the puzzle trying to solve its secrets. Various Rubik's Cube solver robots have been built to solve the Cube in a blink of an eye, and computer programs are searching for the optimal solution. Using the supercomputers of Google scientists have proved that any Rubik's Cube can be solved in maximum 20 steps from any random starting position. This is called the God's Number. 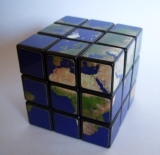 You can buy thematic cubes with different custom printed stickers. Usually these stickers display a city sight so they make perfect souvenirs. Rubik's fans usually have calendar stickers on their cubes, and the possibilities are endless.

Not only the stickers can be custom but the shape of the cube too. On the 3x3x3 pivot mechanism they can build any shape they want. The first such cube was the Fisher cube first made in the in the mid eighties. The most popular custom shaped Rubik's Cube is the Homer Simpson puzzle, or Mirror Cube where the colours are "heights" which you can solve even blindfolded. A perfect gift for Valentines day might be a heart-shaped Rubik's Cube. Usually these puzzles change their shape with every twist. Collecting these toys and other twisty puzzles sure will be a nice hobby for you.

Why do we cube? 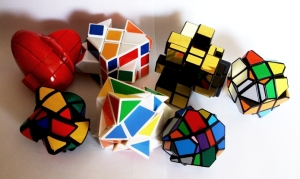 If you are reading this article, you are most likely looking for information about the Rubik's Cube or another twisty puzzle. You might even be a cuber. As cubers, we know what we are doing: solving the cube, how we are doing it: algorithms which together make up methods, but a frequently asked and even more frequently attempted to answer question is why we do it.

Why do we cube? Non-cubers like to ask this question, probably because they find it hard to believe that we enjoy sitting around for hours at a time twisting a plastic cube (or dodecahedron, tetrahedron and more). When it is put so bluntly like that, it really strikes home how useless it is in the grand scheme of things. But, as with many, if not all, hobbies, the hobby itself is not the main reason that people do it, other things that "come with" the hobby are.

For cubing, at least in my opinion, these things are the community, the renewability, the impressiveness, and the mental and physical challenge. I will go through all these reasons in an attempt to find the answer to the ultimate question:

why do we cube?

Please note, this is my opinion. I have tried to be as unbiased and fair as possible, but it is not unlikely that you will disagree with me. 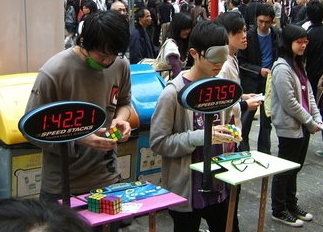 This is in my opinion the most important reason. As humans, we are social animals, so are naturally attracted to social interactions. Cubing, like most other hobbies, easily facilitates social interactions through competitions, YouTube videos, and forums.

Nearly all other hobbies also claim that the community is the best part, however most of them have a shocking number of liars, fakers, bullies, and other people that just make the community less enjoyable for everyone. In the cubing community, from my experience, there tend to be 10-100 times less of these type of people, depending on what other community we are comparing to. Of course, there will still be a few, that is unavoidable in such a competitive hobby, but there are many less. An example is YouTube comments. Cubing videos, which tend to be more widely appealing, have from my experience an overwhelmingly positive comments section, punctuated by a few haters, maybe one every thousand. The like to dislike ratio is also much more positive. When this is compared to something like Minecraft Speedrun videos, where the comments section has been frequently described as a ‘dumpster fire’, the difference is staggering. They have a much more balanced, so an almost negative, response with the likes and dislikes, and more haters, 1 in a 100 or so. This is only one comparison. Cubing as a community is amazing.

Without renewability, cubers would get very bored. The scrambles are so varying and there are such a wide variety of events, that unless you get bored with the actual solving, you will never find yourself repeating an entire solution. Considering that there are 43,252,003,274,489,856,000 possible solvable states for the 3x3 Rubik's cube alone, over 43 quintillion, a number that significantly increases even just to the 4x4 cube, there are still only a small number of scrambles that have actually been solved.

The mental and physical challenge

This is another very important factor. We love to be challenged, and this is something that makes mind puzzles so intriguing and appealing. As cubers, even just as humans, we have a natural curiosity about things we don't understand. I also think that the kind of people who are attracted to cubing as a hobby love solving problems, and I can't think of another hobby or toy that has the capability to be solved at such high speeds, can be easy or challenging, and, most crucially, the ability to be easily rescrambled in a different way, so essentially creating, for the purposes of our short lifespan, infinite problems. 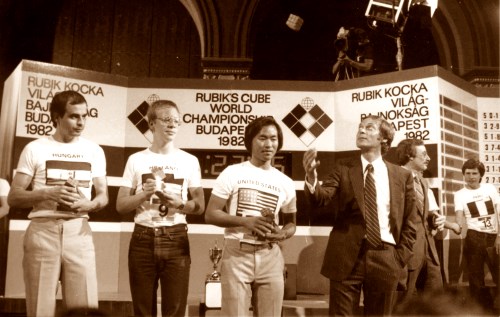 The first Rubiks' Cube competition was held in Budapest in 1982.
The inventor Ernő Rubik throwing a cube in the air.

I feel like this is also the stem of why people quit, the knowledge that it is so infinite. The physical challenge aspect also is a big part of it. How fast can you train your eyes and subconscious to recognize cases? How fast can you make your muscles move to do the algorithms? People are impressed by this and the dedication they think it must take, which brings me nicely onto my next and final point, the impressiveness.

We love getting people’s attention. Cubing brings in attention.

This aspect is quite important because if we, as cubers, lose self esteem and confidence from cubing, then nobody will cube. Non-cubers think that cubing is impressive, so they pay attention to us and are impressed.

They then compliment us, which results in more people staying cubing, and more non-cubers maybe getting into cubing. It is also a reward for all the hours that we put into cubing. We put in hard work, and people are impressed.

And when you solve the cube with your eyes closed people loose their minds.
The blindfolded method can be learned by anyone.