Neodymium Magnets (often referred to as NeoCube) are small magnetic spheres that can be arranged in many different shapes and patterns. One of the most common arrangements of these magnets is a cube, and is often used as the promotional image for the different types of magnetic balls. 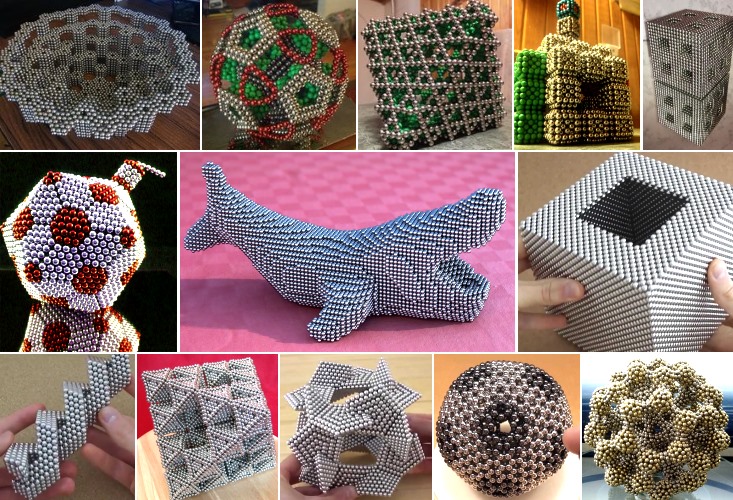 NeoCube Sculptures
Remember, this product is used to promote free-thinking, so don’t immediately search for a tutorial if you find it difficult to make something.

What are Neo Cubes?

NeoCubes are made the Neodymium alloy, a rare-earth metal. These magnets are generally sold in large packs and can be used for educational purposes such as understanding magnetism and polarity, entertaining toys to play with or simply as a stress relief product. They also help test patience and use your head, because constructing simple shapes can be quite challenging due to the strength and uncontrollability of the loose magnets. Once mastered, complex patterns and geometric shapes are accomplishable. Due to the nature of this type of toy, there is no “solution” (unless you consider the cubic arrangement to be the solved state), so the creative possibilities when playing with these magnets are endless. 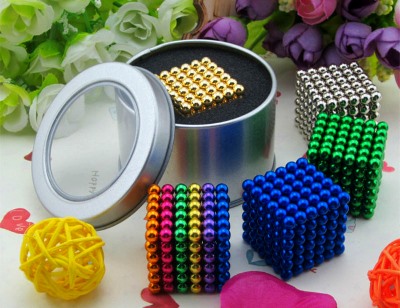 The NeoCube makes a perfect gift

NeoCubes are also known in different regions as “Buckyballs”, “Nanodots”, or quite simply “NeoMagnets”. They are available in several different colours, sizes, strengths and even shapes. The standard pack size for these magnets is 216, which is enough to construct a solid 6x6x6 cube if you want to attempt to do so. The standard size for these magnets is 5mm, which constructs a 3x3x3cm cube. Although these magnets are fairly small, their strength is not to be underestimated!

Standard NeoCube sets use N35 magnets, which are industry standard strength magnets, however some stores offer N38 magnets and above (the larger the number, the more powerful the magnet). The magnets also come in a variety of coloured polymer coatings, the most common of which being Silver (standard), Gold, Red, Blue and Green (although some stores also sell several other colours). You can even buy cube shaped magnets from certain stores. 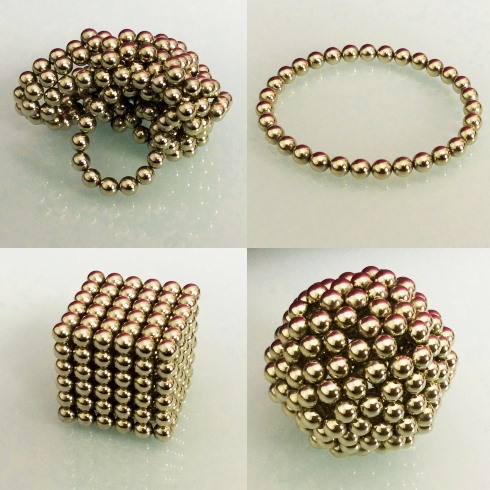 The starter pack contains enough pieces to build a 6x6x6 cube and many other structures.

The NeoCube comes in the shape of a 6x6x6 cube but it can be a challenge to bring it back to this shape once it has been scrambled. Find below the steps needed to solve the cube. 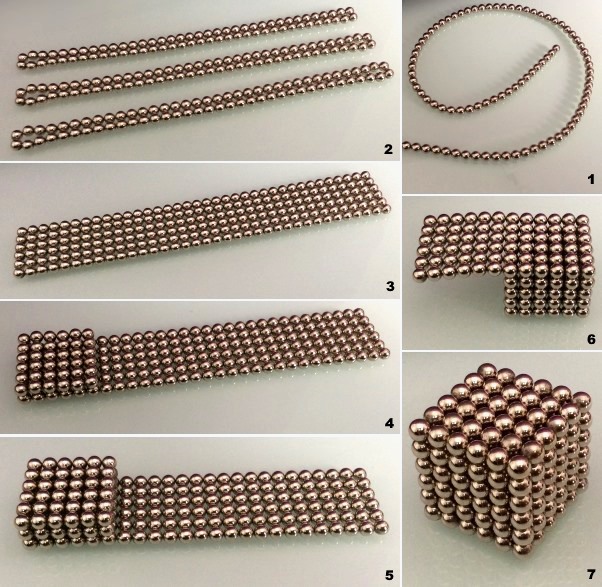 The standard package contains enough pieces to build another common shape, the hollow globe. This sculpture is made of 12 small pentagons. 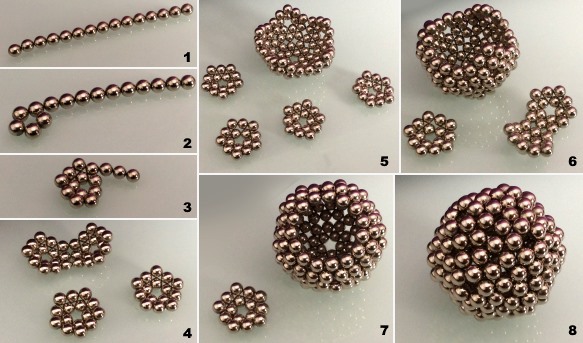 Due to the nature of the tiny NeoCube magnets, there have been numerous controversies regarding the production and retail of the NeoCube magnets, the most notable of which being the United States Consumer Product Safety Commission (CPSC) and their attempts to ban the magnets in America. Investigations found that between the years of 2009 and 2013, tiny neodymium high-powered magnets resulted in nearly 3,000 emergency room visits. The magnets were described as “harmful to the intestines and stomach” if two magnets joined together within the stomach, something which could cause internal injury which would require surgery. 33 surgery cases and even one death were reported by the Centres for Disease Control. The majority of the injuries caused by these magnets are due to both young children accidentally consuming them and teenagers using them as pretend tongue piercings.

However, as of January 2017, the sale of these high-powered magnets has been resumed in America, provided that they are packaged correctly and clear warnings are provided to the consumer stating that the magnets are not for children (some companies such as Buckyballs packaged these magnets as toys, which resulted in the original controversy).

Some countries, however, have banned these magnets entirely and there is no sign of any repeal. Australia and New Zealand banned the import and sale of these magnets in 2012 and 2013 respectively, most likely due to the same reasons as the original U.S. ban.