The free online Rubik's Cube solver was first launched on Ruwix in 2012. It used the layer by layer method and it could find the solution in approximately 130 steps. It was using the layer-by-layer method algorithm that I made a couple years ago for my Rubik Robot in the university. 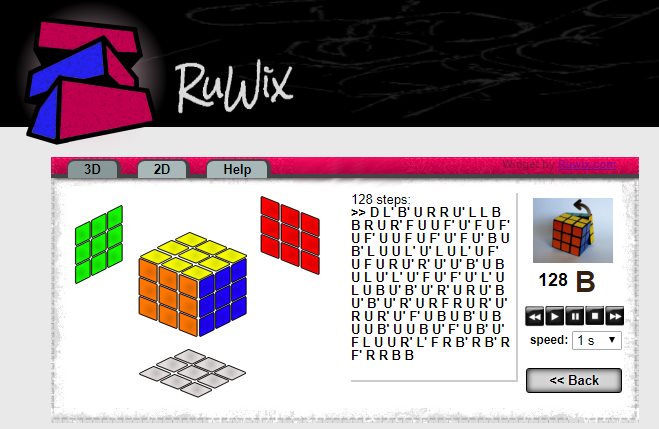 The site had a dark pink HTML template design with a different logo. I launched the site just to experiment with HTML, CSS and JavaScript. Slowly it started to gain some traffic through Stumbleupon and it was really fun to see other people using my program.

I had a few twisty puzzles and I had taken notes with their solutions, so I published those on the site so I can access it anywhere. My visitors started to use those too and even more traffic came in.

Beside mine, there was only one solver then which was ranked by Google: Cubex which was hosted on wrongway.org. The program was made in 2003 by Eric Dietz who passed away in 2013 and his website is no longer available. 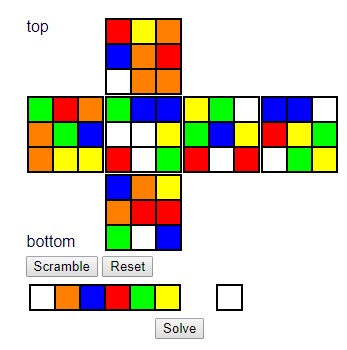 Two years ago it was time to put the solver on a separate domain and translate it to many languages to make it available to even more people interested in cubing. So the new site was launched on Rubiks Cube Solver.com domain. Thanks to the speedsolving community, the software has been translated to 18 languages.

Last year I successfully launched the 2x2 Rubik's Cube and Pyraminx solvers, which find the optimal solution and they have a really nice user interface.

A couple weeks ago I've made a Youtube video about how to use the program because according to the comment section people don't take the time to read the description.

Next year I'd like to make a 4x4 solver and one for each WCA puzzle.