The 1x1x1 is an interesting puzzle design that takes a new approach to the world of Rubik’s Cubes and twisty puzzles that we have never seen before. It has revolutionized the way we see the world of puzzling and has made an impact only comparable to that of the original Rubik’s Cube. 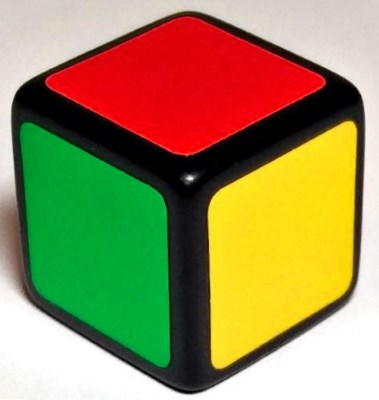 Invented in the late 1800’s, the 1x1x1 Rubik’s Cube was actually the predecessor of the original Rubik’s Cube. Some people have criticized Rubik himself for stealing the idea, even though Rubik insists that the inventions were entirely independent. “I came up with the idea for the Rubik’s Cube as a tool to help aid my teaching as a university lecturer. This puzzle, although vastly superior to mine, was only part of my inspiration. I looked upon it and thought “Hey, what if I made a cube out of those cubes” and then my puzzle took form.”

The 1x1 puzzle consists of six different coloured uniform faces, and uses a unique mechanism that has been described by many as “way beyond its time”. The puzzle is not solved by making turns, but rather rotating the entire puzzle to find the solved state, something that no puzzles since have been able to accomplish.

Now, some of the fastest solvers in the world have been able to solve the cube in under 10 minutes, but this feat is still far from becoming the norm. The current Unofficial World Record for the 1x1 is 8 minutes 59 seconds.

Below is a tutorial on how to solve the puzzle. This is a fairly complex tutorial so you have to give it time to understand fully.­­­­­­­

The 1x1x1 has a fairly complex notation due to its reliance on rotations to solve, so make sure you read each a few times through to ensure understanding:

Make sure you understand these before you start the solve attempt. Reminder – You most likely will struggle to solve this puzzle for the first several times.

Solution of the 1x1x1

The puzzle can be solved using the following steps:

This may seem like a lot of steps, but if you approach each of them with care and caution you can solve the cube eventually. 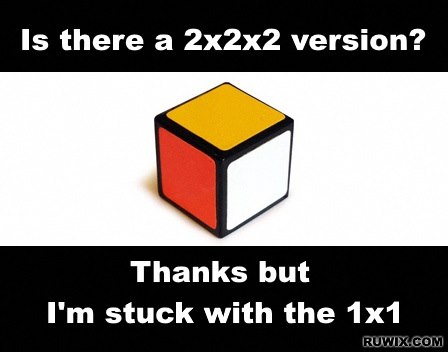 The following algorithm can be used to solve the puzzle: