The Smart Egg puzzles are a unique type of puzzle with a simple challenge – Get the wand out of the egg by following a path. It is a similar concept to metal puzzles in which you have to separate two pieces of seemingly impossible to separate metal by positioning the pieces in a certain way so they un-link. 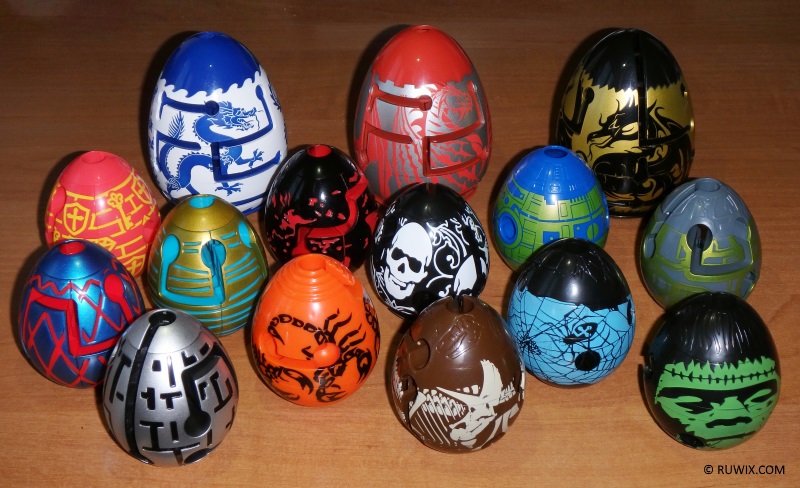 The egg was invented by András Zagyvai (1960-2013), and was a result of many years of refinement work and design. He originally invented the puzzles for his children to help build their problem solving skills, but soon realised that, despite appearing incredibly simple and being such a simple concept, the Smart Egg has thousands of increasingly complex and interesting variations that haven’t even been created yet. In this way, the Egg is similar to the Rubik’s Cube – Looks relatively simple, yet can be infinitely complex.

In 2012 the “Washington Egg” won the “Best New Puzzle” award and from then on, the puzzle was known. Since then, more and more Smart Egg puzzles are being designed and released, and the attention from Rubik’s Cube competitions is helping the puzzle grow.

As the puzzle is relatively new (especially when compared to the age of the Rubik’s Cube), there aren’t anywhere near as many different variations as there could be. Eventually, the Smart Egg series will be incredibly large and far beyond anything that the inventor ever expected. The potential the puzzle has ensures that the Smart Egg is here to stay.

As of now, there are 12 different 1-layer eggs. Each egg gets slightly more difficult than the previous, starting with the relatively simple Groovy Egg. The first egg can be solved relatively simply, and is a good introduction to the Smart Egg mechanism. As the layers of difficulty progress, the eggs get harder and harder until you reach what is currently the hardest single layer egg – The Frank-Einstein, which “many of our testers were not able to solve within 30 minutes”. A full list of the 1-layered eggs in order of difficulty is provided below.

Currently, there are only three different types of “2-layered” eggs. The 2 layer puzzles have more advanced mechanisms, and the inner labyrinth can be twisted and rotated to solve the puzzle. The Eggs, Blue Dragon, Red Dragon and Black Dragon, all have identical outside labyrinth structures. But inside, each is a completely different puzzle. The difficulty of these puzzles is the same as the order they have been listed, with the Black Dragon taking a minimum of 80 moves to solve.

Where can I buy?

Currently, you cannot purchase the Smart Eggs from the Smart Egg website. However, a very popular and trusted speedcube vendor that some of you may know (TheCubicle.us) also stocks the six easiest Smart Eggs along with the 3 different 2 layered eggs.

The two layered eggs are more complicated to solve. The three models are called Blue, Red and Black Dragon.

The labyrinth puzzle mobile application is no longer available in the app store. 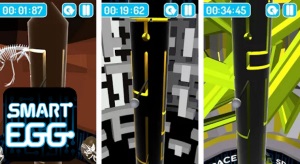 For more information about the toy check out the official website! 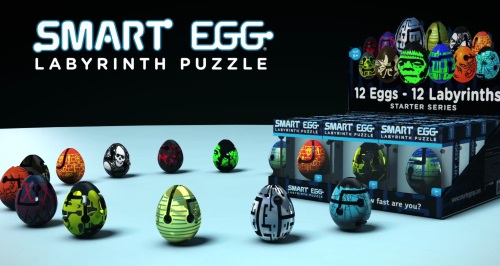