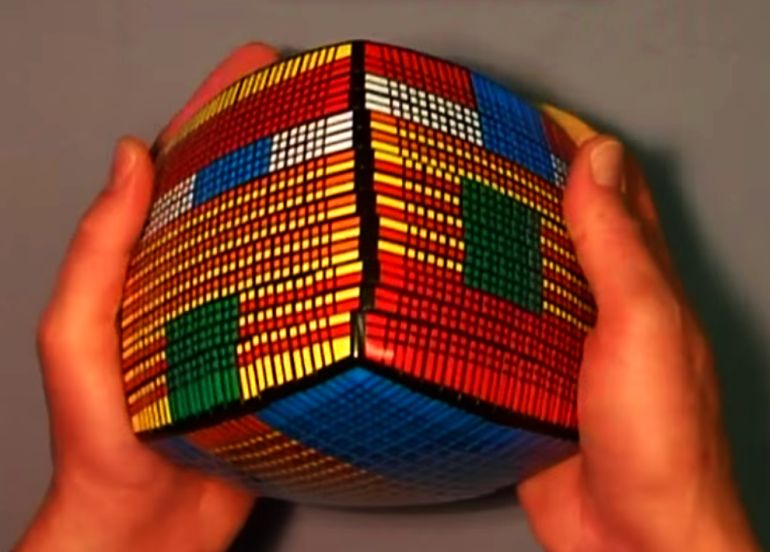 A Taiwanese Puzzle Corporation announced they are working on a fully functional 28x28x28 Rubik's Cube prototype. The solution of such a puzzle is not any more challenging than a 6x6x6 cube, but it's pushing the limits of high order puzzle manufacturing. Let the engineers design the monster of the twisty puzzles which soon might be the most cherished item of any puzzle collection.

In 2011 Oskar Van Deventer presented the 17x17x17 "Over the Top" Rubik's Cube big cube version which was a World record back then and its price was above $1000 dollars. 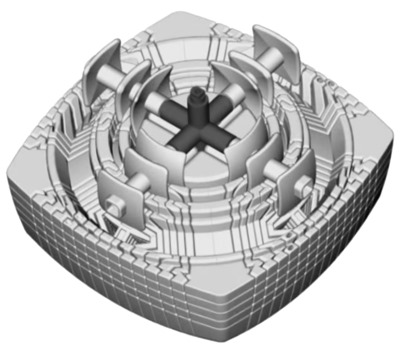 The design of the new prototype is based on the MoYu 15x15x15 mechanism but the extra layers bring new problems. The inner pieces are just 3 millimeters thick which make it hard to align the cubies to make a turn, but probably the mass produced version is going to be more smooth