This record has been broken!

Only 5 weeks since Mats Valk set the Rubik's Cube Single World Record at 4.74 seconds, and today we receive the news that Feliks Zemdegs (Australia) broke it with 4.73 seconds shaving off one hundredth of a second from the previous time.
This is the third sub-5 seconds Rubik's record and it was registered on POPS Open 2016 competition, which was held in Melbourne Australia on December 11 2016. 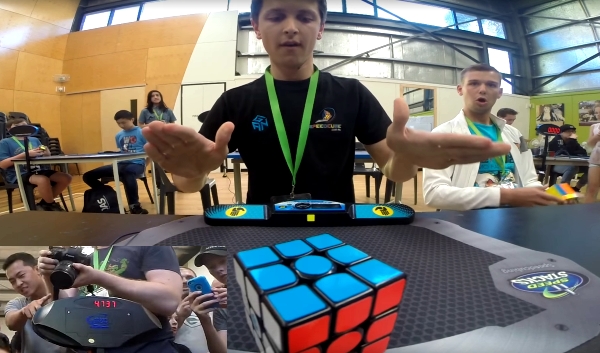 The previous record holder, Mats Valk (on the right) was sitting next to Feliks while his record was broken. We have to mention that despite the incredible new best time, at the end Mats won the competition because he had a better average of 5 solves (6.83 seconds), which is a new national record.

Feliks Zemdegs currently holds many other records, as listed below:

An interesting fact is that he has already held the Rubik's Cube Single record in 2011 (5.66 sec). 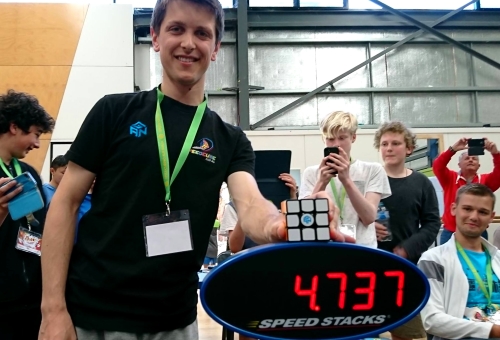 The record holder posing with the measured time
and the prototype cube he used to achieve this result, called Magnetised GAN 356 Air.
Source: Feliks's Facebook

The scramble and solution applied

The whole Zemdegs - Valk duel from another perspective