The Australian speedcubing legend Feliks Zemdegs broke the Rubik's Cube World Record average with 5.97 seconds in Latin America Cubing Tour 2017 - Chía, Colombia on June 28, 2017. The previous 6.39 record was held by Max Park (USA). Feliks Zemdegs currently holds the World Record for the fastest solve on a competition with 4.73 seconds which he set in December 2016.

On official WCA cubing competitions they calculate the average of five solves, not counting the best and worst results. Feliks' times were (5.55), 5.64, 6.58, (6.67), 5.70. His fastest 5.55 seconds solution which would have been an individual (single) record a couple of years ago and the slowest but still remarkable 6.67 seconds solutions are not calculated in the final average.

Watch the video uploaded by Feliks to his YouTube channel shortly after the competition.

Hopefully this new record will motivate more people to turn to Rubik's Cubing. 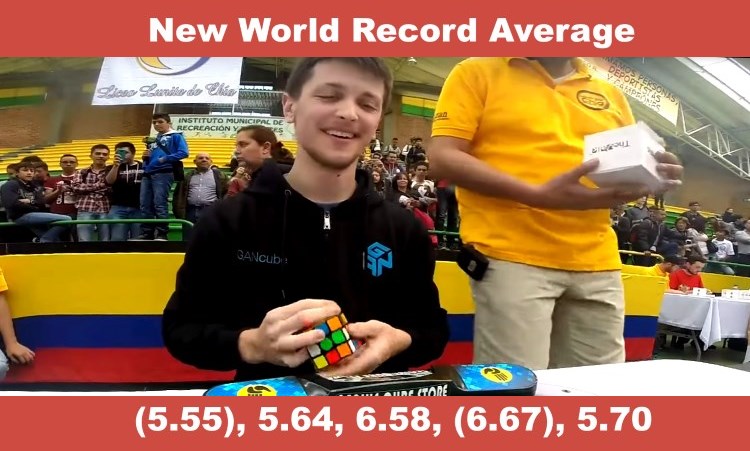