The World Cube Association (WCA) was started in 2004 by Ron van Bruchem and Tyson Mao to expand the popularity of speedcubing across the world and set a standard for how competitions should be run and delegated. The idea to create the World Cube Association was spawned after the success of the first Rubik’s Cube World Championship, held in Toronto the year before. There were evident issues with this competition regarding delegation and rule following, because nothing like this had ever been attempted before, excluding the original, televised World Championship of 1982, organised off the back of the immense success that the famous puzzle had seen in the years before. 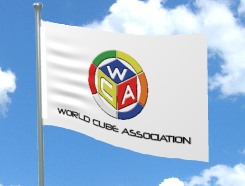 The World Cube Association’s mission consist of their goal and spirit:

Goal - To have more competition in more countries with more people and more fun, under fair and equal conditions.

Spirit – That people from all over the world have fun together in a friendly atmosphere, help each other and behave sportsmanlike.

Different competitions across the globe offer different combinations of 18 total events. These events have official times logged in a giant database which tracks both individual and average times/results for each competitor for each event. These are the events that are held at WCA competitions:

Some competitions choose to hold other events unofficially; the results of these events are not recorded officially and are mainly just for fun.

Each competition is different in its own way – Ranging from single day competitions holding a handful of the pool of 18 different events, to four-day global scale World Championships holding multiple rounds of every event. Most countries that partake in the WCA hold several competitions each year across the country, with one major national competition that holds all WCA events.

Each of these competitions is regulated by assigned delegates – Members of the WCA that ensure all the standards and regulations that the WCA impose are carried out duly and properly – and a competition cannot be affiliated with the WCA if a delegate is not present.

Each competition also has an organiser – This person needs to find a venue for the competition to be held in, negotiate the prices (the cost of competition venues is usually covered by the national branch of the WCA), and contact the members of their country’s delegate team to ensure that they can attend and delegate the competition.

Different competitions will have different restrictions imposed on them relating to mainly time and cost – There will most likely be an entry fee that all competitors must pay to compete, which may vary depending on the number of events you register for. There are also different cut-offs for each event:

Internal Hierarchy of the WCA

The WCA has different levels of delegates that have jurisdiction over certain regions across the globe. This hierarchy is as follows:

The WCA has an online database which stores the results of over 50,000 unique speedcubers from thousands of competitions over the years. Each competitor that has attended at least one official WCA competition is assigned an ID, constructed as follows:

Year of first competitions + First four letters of surname + 2-digit identifier that distinguishes competitors who share the rest of the ID.

An example of a WCA ID is 2003BRUCH01 – This ID belongs to Ron van Bruchem, who competed in his first competition in 2003.

Another example is 2010WANG68 – This ID belongs to Bill Wang, a Canadian speedcuber, who competed in his first competition in 2010, and was the 68th person with the first four letters WANG to compete for the first time in 2010.

Each speedcuber has the following details stored on their profile:

The WCA database also stores a ranking list for each event. This can be narrowed down by continent, country, single, average, and year. The database also has a list of all World Records for single and average times in each event, along with an accessible history of each record.

The WCA regulations are a readily-updated rule book that is accessible to anyone. It is advised that every competitor is familiar with the regulations before they compete officially. Rules, suggestions, penalties and punishments are all listed here. In the event of a specific situation not covered by the regulations, the delegate of the competition has the final say (this could be anything from granting an extra solve to disqualifying a competitor entirely).