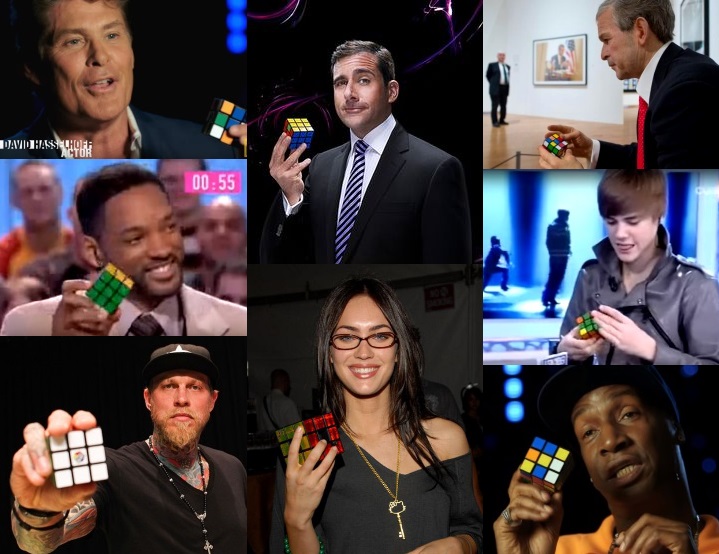 We have collected pictures of celebrities solving, posing with, or telling their opinion about the Rubik's Cube.
We didn't include actors playing with the cube in movies because we have allocated a separate list for that the puzzle featured in movies, video clips and commercials.

Watch the video where Steph presents what the Curry family is doing during the quarantine. Apart from training with his kids, mastering the art of singing and playing golf indoors Steph also learned how to solve a Rubik’s Cube. His wife Ayesha also posted a video on his Instagram where she and her daughter can't believe that daddy learned to do it with his eyes closed. 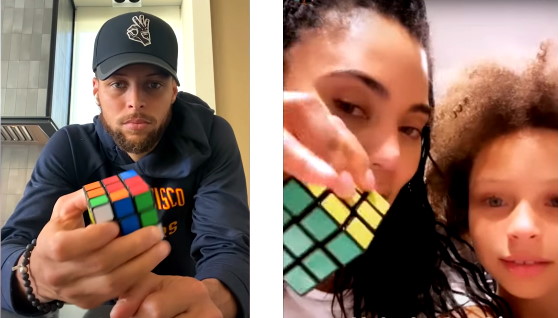 Will Smith has been known for getting a job by solving the Rubik's Cube as Chris Gardner in "The Pursuit of Happyness" movie. Then he was challenged to solve one on live television and he managed to finish it under a minute. 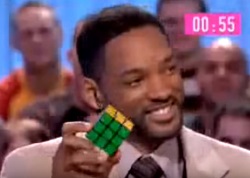 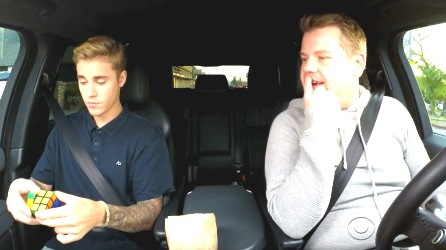 The professional footballer from the Brazil national team effortlessly solved the cube in a live Spanish talk show (Late Motiv). 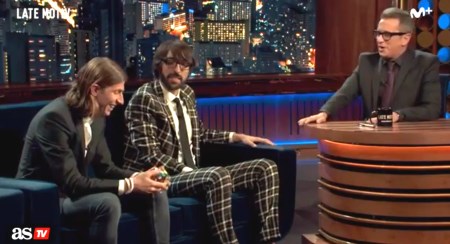 The actor completed a Cube in 3 minutes while being interviewed about Guardians Of The Galaxy Volume 2. Later in 2020 he posted a video on Instagram in which he solves one under 1 minute and claims that the kids who can do it under ten seconds are his heroes. 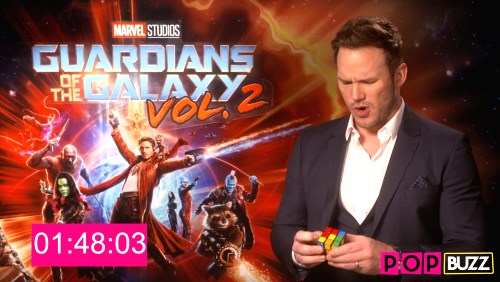 Former US President George W Bush attempting to solve a cube on an exhibition in Frankfurt.
(Picture by BBC) 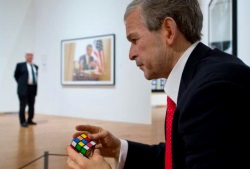 "Whoever came up with this, had to be the geekiest geek of all." 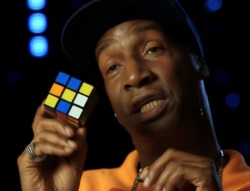 Former 5 times NBA champion and Michael Jordan's ex teammate, current basketball coach Stephen Kerr brought a cube to a press conference in 2017. He likes to have fun with the media mocking them while they post the latest news on Twitter. He was seen clipping his nails and shuffling a deck of card while waiting for the reporters on press conferences. 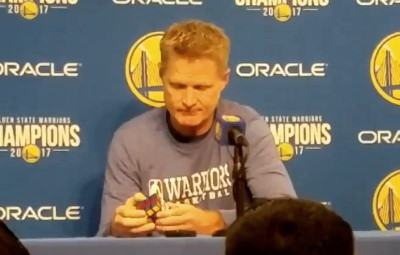 Chris Andersen (aka. Birdman) NBA player is a big fan of the puzzle and encourages children to solve Rubik’s Cubes. The picture was shot at a competition in Colorado where students from 14 schools have gathered to challenge their cubing skills. 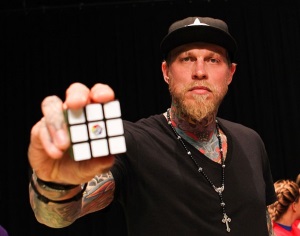 Aamir Khan, Indian film actor, director and producer can also solve the cube under a minute. This has been proved on a press conference where this picture was taken. 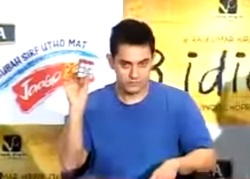 Logic combined rap and the Rubik's Cube in a BigBoyTV show. He fixed a "well oiled" cube while doing freestyle.
Watch the video here. 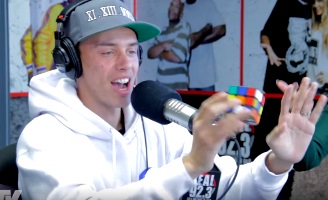 When it comes to rap and Rubik's Cubes we can't forget to mention the most memorable production, performed by DeStorm Power who might be familiar from his YouTube channel or his Vine videos.

He's teaching us how to solve the cube in his lyrics.

If you got a problem yo I'll solve it!

On this picture Ryan Gosling is playing with the cube while he's taking a break from shooting the Drive movie.

Megan Fox and Steve Carell are also posing with cubes but we have no proof that they can actually solve them. 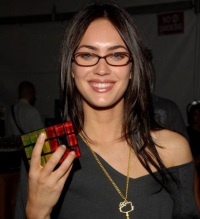 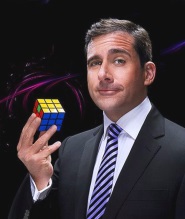 Closing our list, in a National Geographic clip David Hasselhoff honestly admitted that he has never finished a Rubik's Cube in his life. 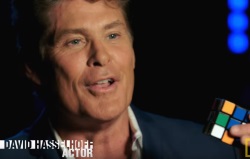 Did we miss someone?
Please let us know in the comment section if you know about a cubing celebrity.