Starting in January 2018 according to Red Bull’s site, there is going to be another Rubik’s Cube World Championship, claiming to be a “new, global competition designed to challenge even the most accomplished Cube solvers”, held by both Red Bull and Rubiks.. However, the problem standing is there is already another World Championship, held by the World Cubing Association, or the WCA. Loyal cubers have recently become enraged due to Red Bull disregarding the WCA

Red Bull does organise arguably amazing competitions, such as their “Paper Wings” competition, a Paper Plane Championship again hosted by Red Bull. A speedcubing competition held by Red Bull would be a major step for the entirety of the cubing community, but there are many speed bumps before it can run smoothly.

Traditionally in WCA competitions, for standard 3x3 events the competitor would do five solves of the 3x3, and the quickest and slowest solves would be disregarded. The three remaining times would be averaged out, and would be used as the competitor’s Average of 5 time. This would be stacked up against other competitors’ solves, and a select amount of people with higher times would progress to the next round.

However in Red Bull’s and Rubik’s’ Competition, competitors go head to head, with three different event styles. The first is the best of five solves, where the person with the best single would progress further. The second event would be 3x3 OH (One Hand), but without inspection, something most competitors rely on to know what will occur next so they can plan their next move. The final event is “Rescramble”, which is a best of one event where the competitor would need to copy a scramble from another 3x3. Again, each Red Bull and Rubik’s event would be head to head, meaning the person with the fastest times would get to progress, and the other person would no longer be able to compete. This “head to head” style of competition may be considered great or horrible, depending on which perspective you look at it. On one hand, a professional speedcuber may have a single bad solve, and then would be knocked out of the competition altogether, unlike traditional WCA competitions where each competitor would have multiple solves that go towards an average. However in spectators’ eyes, this type of competition would be perfect for the average to watch. 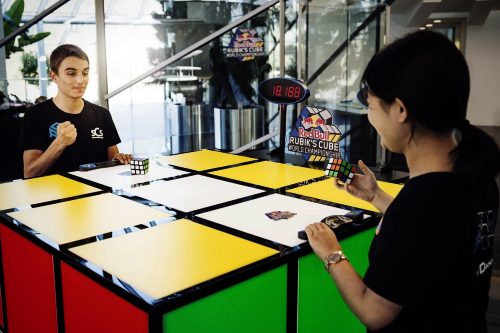 The proportion of Likes and Dislikes on the Red Bull promotion video proves that the cubing community didn't welcome the initiative.

Finally, as the old saying goes, “if ain’t broke, don’t fix it” could be applied to this situation. Red Bull and Rubik’s have completely disregarded that there is already an established World Championship for cubing, governed by the WCA which many, if not all professional cubers attend. The Red Bull/Rubik’s Championship could be seen by outside media as the “official” competition, when there was already a competition before it. That being said, the publicity from outside media and news outlets may prove helpful to competitive cubing and may push the “sport” into a real sport. We can only wait and see where Red Bull and Rubik’s will take their concept.

The Red Bull Rubik’s Tournament of 2020 was the 1st ever virtual Red Bull Tournament, but what better than to do that on the 40th anniversary of the tournament. With the tournament forcing itself to be staged online through Twitch, a famous streaming platform where the tournament was streamed for thousands of fans. Although the competition wasn’t ideal online, Red Bull did an amazing job at hosting this tournament in a way that seemed ideal for those watching, with the competition being very “viewer-friendly” making it a very special event. However, you may be asking… who won? And how did it play out? Well, that will be answered. 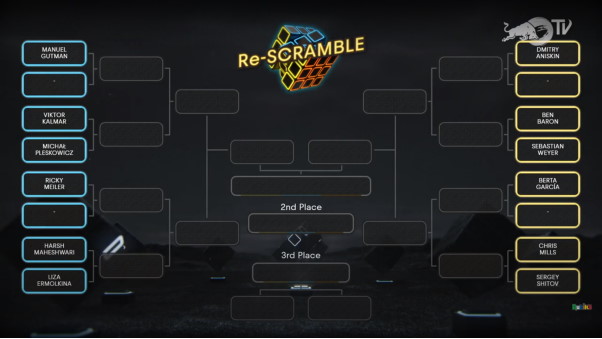 The Red Bull Rubik’s Tournament 2020 played itself out through online cubing. But how may you ask is this possible? Well, using the infamous Smart Cubes at that time, Red Bull decided to make this a completely “smart” competition. With the smart cube of choice being the Rubik’s Connected.

The competition consisted of 4 rounds. One-Handed, Replicate Scramble, Female Speedcubing and Male Speedcubing. The actual tournament was also in a knockout format so every solve and every competitor mattered.

Of course, with a competition comes winners, and the winners in this case had very familiar faces. 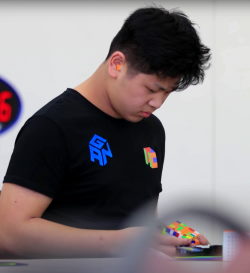 The Male winner was Max Park. Max Park won his 1st digital Rubik’s Red Bull Championship, with his motto being, “don’t think just solve.” As well as this Feliks Zemdegs came second with a solve of 6.04 seconds whilst Max (with his winning solve) solved it in 5.90.

The Female winner was Juliette Sebastien, a speedcuber from France with the specialty of solving the infamous Rubik’s Cube one handed. Second place in this event was Dana Yi, another speedcuber with a YouTube channel known for her personality as well as her quick competition vlogs.

The “One-Handed” winner was Philip Weyer, a speedcuber from Germany who also specialises in One-Handed solving, second place in this event was Juliette Sebastien who seemed to be in her prime for this special 40th anniversary.

And finally, the “Re-Scramble” winner was Chris Mills, who was incredibly quick at solving the scramble completely from looking at the cube which was amazing to see. Second place was Ricky Meiler a great cubing personality as well as a speedy cuber.

Many may think that this event is perfect in all ways. However, the competition had many pros and cons.

We will start with the positives. The Red Bull Rubik’s Tournament struck in November 2020, where some could say was a peak of the Covid 19 pandemic, with many people staying at home fiddling with their Rubik’s Cubes, perhaps in hope of solving it one day. But, the Rubik’s Red Bull Championship 2020 brough great fun to the scene, with the Rubik’s Connected bringing great joy to the newer cubers, for the cube had great value for teaching newer cubers, as well as having an online leaderboard and more to compete with others.

Another thing would be the millions of people that this inspired many younger emerging cubers to compete in these competitions in the future.

However, with the positives comes the negatives.

To begin with, because the tournament was completely reliable upon the Rubik’s Connected cube, the competition doesn’t seem the fairest for (of course) people have different preferences, and surely there are different alternatives to tracking the time through a cube that doesn’t provide a good opportunity for those who would want to use the cube that they are most comfortable with.

Overall, I think the competition is a great event to watch and enjoy with fellow cubers in order to see which cuber will come on top in a range of events that seem fit even for the cubers whom have a certain area of specialty that is away from the regular WCA events. I think it’s great to see that this event has been going for 40 years helping cubers become quicker and inspiring cubers to emerge into the competition.