Although the name Rubik is immediately associated with the famous original 3x3 twisty puzzle, there are some other products that share the Rubik’s title. Most notably is the Rubik’s Clock, a WCA-official speedsolvable puzzle in which the goal is to turn its cog wheels until all 18 clock faces on the puzzle point upwards to 12 o’clock. However, there is another puzzle nvented by Rubik that isn’t a puzzle per-se; rather a toy similar to the NeoCubes in which there is no one single solution but there are lots of cool shapes you can construct. This puzzle is commonly known as the Rubik’s Snake.

“The Game gives a help in understanding of the basic 3-dimension geometrical connection.”

This is notable as it shows this puzzle has a similar goal to Rubik’s most famous invention – to educate. In fact, Rubik said himself that “The snake is not a problem to be solved; it offers infinite possibilities of combination. It is a tool to test out ideas of shape in space.”.

The mechanism of the Rubik's Snake

The puzzle, in essence, has an interesting but relatively simple mechanism. The puzzle has 24 3D right-angled triangles, which each can be turned 360 degrees around the face of the its adjacent triangle. This creates 23 individual turning points, each with 4 separate positions. Therefore, the number of combinations that a Rubik’s Snake possesses theoretically is 4^23, or 70 quadrillion. However, upon playing around with the Rubik’s Snake, one will soon see that not all of these combinations are reachable, as some turns are physically blocked from being made by the locations of other pieces.

As mentioned previously, the Rubik’s Snake doesn’t have any one solved state, although if there were one, it would be the ball shape. The ball solution is how the puzzle is initially shipped, and due to regular Rubik’s Cubes being shipped solved, this would be a reasonable assumption to make. Since the ball solution is one of the hardest to solve intuitively based off of a glance (some simpler 2D-esque shapes such as the Dog shape are much simpler to visualise and construct), here we will quickly go over a very basic way to construct the ball shape and “solve” the Rubik’s Snake. Make sure to start with your puzzle extended out in a straight line before you start this. 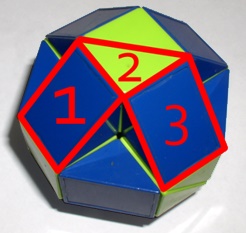 Take a look at the way this triplet of pieces is constructed. Pieces 1 and 3 are in the same vertical orientation whereas piece 2 is rotated so that the longest face is pointing away from us. Taking your puzzle, construct this triplet using one end of the snake.

That’s it! Once you’ve constructed this simple triplet, rotate the entire puzzle until piece 3 is in the location that piece 1 was just in and build another triplet. As you build these triplets of pieces you’ll soon see how they go together and how the ball is formed using them. 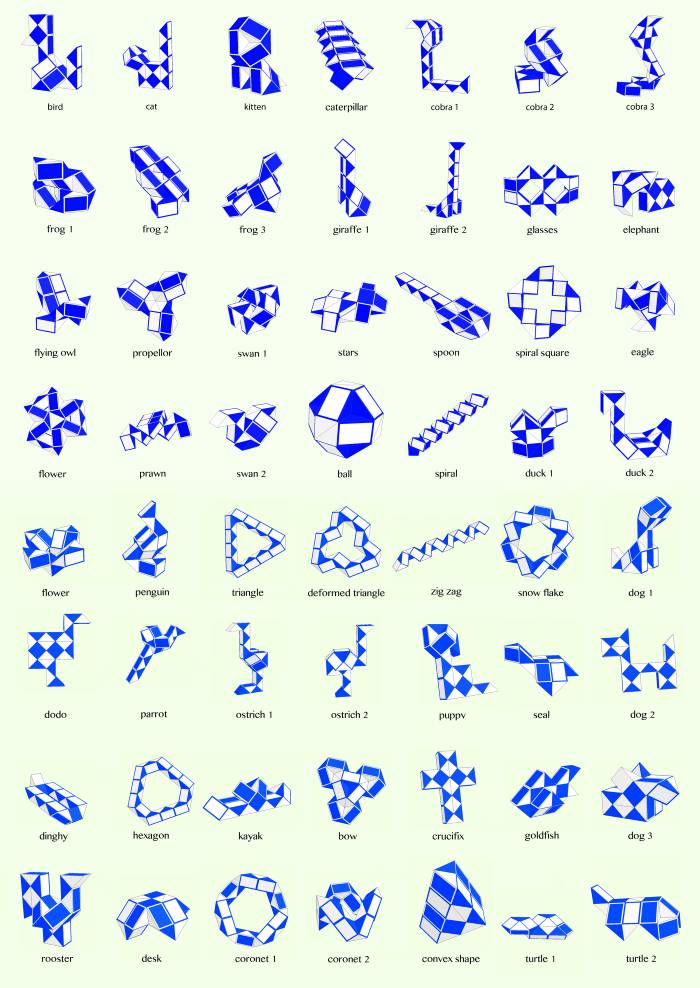 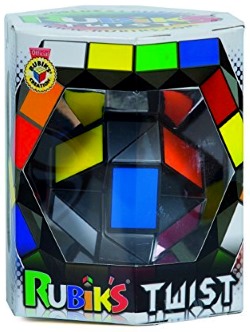 Rubik's Twist in its packaging