2020 has been a wild year, with Covid-19 providing a tricky situation for cube competitions and more, however, through the internet cubers have collaborated together in order to make 2020 not only a bad year, but a collective year of fun and world records, despite the lack of competitions. This article goes over 2020 and some of the best moments.

The famous brand of the Rubik’s Cube, has been sold for $50 million to a Canadian company, known as Spin Master. Famous for Hatchimals, Paw Patrol, Kinetic Sand and more. Spin Master is one of the largest toy companies alongside Hasbro, Lego and Mattel, all being successful, and billionaire co-founder of Spin Master Ronnen Harary saying,

Although the deal has not yet been settled, it is expected to be on January 4th, 2021, and we all hope the Rubik’s Cube will have been placed into the right hands for the coming future. Rubik Ernő himself saying,

“It is a curious fact – one that surprises me as much as anyone – that for so many decades during a time of unprecedented technological revolution, fascination with such a simple low-tech object has survived,”

- which shows his shock towards the lasting success of the Rubik’s Cube. 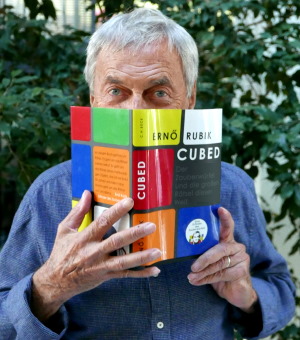 It is known widely that “speedcubing” has become a wide ranged ‘sport’ and that demand for cubes has risen over 2020, this, we suppose, is what made Spin Master come to their decision. Online competitions such as the Red Bull Tournament, reaching over tens of thousands of eager viewers. And not only this, but Rubik Ernő’s book, “Cubed: The Puzzle of Us All” released in September 2020, was an inspiration to others and inspired people to become a “cuber” or learn to solve the cube, proving a further opportunity for Spin Master to take the Rubik’s Cube into another era.

To begin with, everyone knew the phenomenon of the Rubik’s Cube, as young and old speed solvers shared their interest through competing and YouTube videos and tutorials, the book covering the early ages of the Rubik’s cube in 1980 and how it appealed to many. I think it’s great that Rubik's Brand LTD is passing on the responsibility of the cube and letting it reach a new era with its soon to be owners, Spin Master Corp.

The Cubing Market: How has it grown?

Many things have been happening in the 2020 cubing hardware market, with cubes growing in size with the QiMeng Plus, and shrinking in size with various cube keychains, however, various other aspects that remain hidden under the main deal, are the most important. For example, Moyu’s revolutionary tensioning system that originally hid only underneath the centre-caps of the RS3M 2020, but now seems to be leaking into their other cubes and hopefully, into some of their bigger products of 5x5 and 7x7 etc. Another example would be GAN’s wonderful corner magnets in their new GAN 11 M Pro and GAN Skewb M which both have a unique “aim-assist” assigned to them, making turning accurately way easier than their previous flagships.

This cubing industry revolution during the original Covid-19 Lockdown period has “payed-off” with many cubers looking for another indoor hobby to act as a substitute for their previous outdoor activities, which due to coronavirus rule and restrictions, cannot happen.

Cubing Stores and “The Internet”: 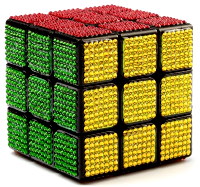 Online buying has now increased proportional to the stricter rules that have taken place leading many cube stores in a sticky situation in terms of buying stock, however, many stores have worked around this and are finding a way to restock during the Christmas peak sales period.

And it’s not only “normal” cubes that are catching cube stores attention, certain models such as the Swarovski Crystallised 3x3 Speed Cube from SpeedCubeShop, which is completely made of jewels and costs $600 have caught SpeedCubeShops eyesight. Certain shape mods have also reached the market and I think its great to see adaptions of the Rubik's Cube that people have made and developed ideas of, it shows enjoyment can come from the most frustrating of shape shifting puzzles.

How has Covid-19 Affected Cubing?

Covid-19 has hindered lives of many eager cubers who want to get to competitions for the first or maybe even last time to meet fellow cubers and engage with talk about the recent releases and whether Feliks will get a world record or not. However, with the early coronavirus pandemic came repeated practicing, learning algorithms with the strange intention of getting to a competition soon and surviving the first round. With the pandemic came connection online and “online” competitions for YouCubers. This is all about whether Covid-19 was a good turn for cubing…. or not. 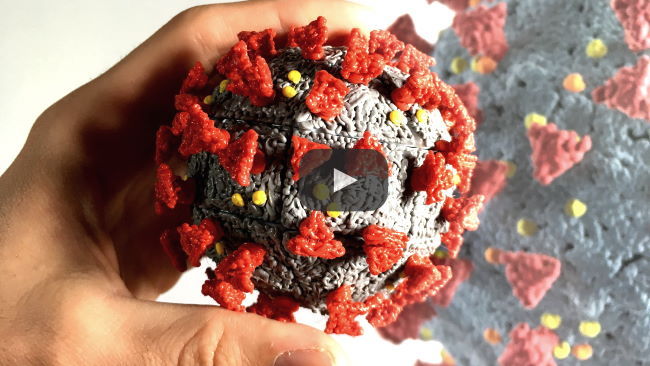 Before the pandemic and the dangerous strand of coronavirus had arrived, cubers had dreams to attend competitions and become sub-10 for example, but couldn’t due to them being abroad, or too far away for comfort. With the pandemic came online competitions and several opportunities to improve with cubing resources and tutorials that pushed people to improve due to their spare time. Its great to see opportunities being unlocked for potential new world record holders that had only partially been available with spare time and dedication. As the global lockdown was extended so did the boredom of people at home, and with boredom comes a desire for something new to spend time on, also known as the Rubik's Cube, and for everyone to feast their information-ridden eyes upon was Ruwix, YouTube and more to look at for cubing tutorials and algorithms to learn.

In addition to this, due to the lack of socialising, came the rise of Twitch – a streaming software. Many cubers began to use this software in order to connect the cubing community during the most difficult of times. And with wholesome and enjoyable content comes endorsement in the subject as viewers donated to support certain causes. The biggest stream of 2020 will have to be Tingman’s 19x19 solve in which he supported the homeless by raising money through a painful, yet enjoyable and humorous stream of him solving a 19x19 with special guests.

Twitch has fuelled 2020 with various streams form TheCubicle, Tingman and other YouCubers looking to make a significant difference and to put an end to.

Earlier in the year, we saw horrendous wildfires in Australia, many struggling and almost 80% of Australians affected by the “bushfires” as they were known as. With 34 direct deaths and 445 indirect (through smoke inhalation), many buildings were destroyed, and many suffered. However, the Black Summer wasn’t alone.

Famous cubing stores such as TheCubicle noticed this and wanted to emphasise their supportive motives through donations. TheCubicle allowed a small animal related sticker, whether it be a koala hugging the logo, or a snake wrapped around it, all of this being fully endorsing the subject. And not only that, but DailyPuzzles introduced 100% donations to also support the cause. I think it great that they helped the cause and payed a notice to it during Australias time of need.

(Fortunately, this may not have hindered any progress, and stopped after 9 months in March 2020.)