History of the Rubik’s Cube

The Rubik’s Cube has been one of the very few puzzles to survive and thrive as a bestselling toy despite originally being released 40 years ago, back before many of its current enthusiasts were even born. The cube, speedcubing and puzzling in general has been through many important events in its life, and the lifetime of the bestselling toy will be showcased here.

Before Rubik released the puzzle we all know and love, similar concepts and designs had already surfaced. In 1970, four years before Erno Rubik invented the 3x3, Larry Nichols invented a 2x2 cube that used magnets to hold it together and received his patent two years later. A spherical 3x3x3 “amusement device” was patented also in 1970 by Frank Fox, however neither of these concepts took off.

In 1975, Rubik received the patent for the original 3x3 Magic Cube, which was originally invented to try and create something in which the parts could move independently. The cube was released in Budapest in 1977, and toy company Ideal helped Rubik to release the cube across the world.

The Rubik’s Cube had made its mark on the world. In 1980, the same year that the cube was released worldwide, it won the Toy of the Year Award. The cube hooked both youngsters and adults, and by 1982 over 100 million cubes had been sold. The apparent simplicity but incredible difficulty of the puzzle stumped millions, and very few people even today can say that they have solved a Rubik’s Cube without a guide or tutorial.

Following the success of the cube, aforementioned Larry Nichols’ employer sued the Ideal toy company in 1982 for patent infringement. In 1984, Ideal lost the suit but immediately appealed. Rubik’s design used interlocking plastic pieces whilst Nichols’ 2x2 cube used blocks with magnets. The appeals court in 1986 decided to overturn the decision that the 3x3 Rubik’s Cube infringed on Nichols’ patent, however the Rubik’s 2x2 Pocket Cube was deemed an infringement. 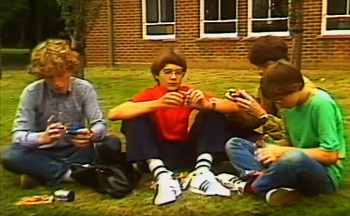 Over the initial years of the cube’s release, many millions of puzzles remained unsolved. In fact, the puzzle seemed so difficult that the majority of the owners who were desperate to solve the cube turned to guides and books that were released following the cube’s debut, the most popular of which being You Can Do The Cube, a step-by-step tutorial released in 1981 by Patrick Bossert, which immediately became a bestseller.

In 1981 an additional puzzle was released that presented an even greater challenge than the already seemingly impossible 3x3 cube: The Rubik’s Revenge 4x4 cube. This wasn’t invented by Rubik himself, although the original inventor allowed the aforementioned name to attract fans of the original puzzle. This cube was also immensely popular, but mainly amongst those who had solved the original and wanted another challenge, of which there were few.

Just two years after the cube’s international debut, despite the majority of the world still being unable to solve the puzzle, many people had taken it to a new level – solving the cube as fast as possible. In 1982, the first Rubik’s Cube World Championships were announced, in which 20 of the fastest solvers from 20 different countries came together to race. The winner was the American Minh Thai, completing the cube in a best time of 22.95 seconds.

After the regular news and amazement surrounding the cube, a few more things have developed in the puzzling world and Rubik’s life which will be covered here, however not much more has happened to the original cube itself since its release. It still remains a best-selling toy and combining the sales of both the original cube and the speed versions produced by other companies, millions are still sold each year. This next section will cover in more detail what has happened between 1982 and today.

In the 1970’s Uwe Mèffert constructed some wooden puzzles similar to those of Rubik’s prototype versions of the 3x3 cube and Nichols’ 2x2 cube. The puzzles were constructed for his own amusement, and until 1981 served no other purpose as Mèffert didn’t think that anybody would be interested in what he had created. Had he decided otherwise, the Pyraminx could have been as popular as the Rubik’s Cube was in the 1980’s and is today.

In 1980, the Rubik’s Cube took off worldwide. The incredible success of such similar puzzles encouraged Mèffert to take his old puzzles, including the Pyraminx, to a Japanese toymaker. 90 million Pyraminx puzzles were sold within 3 years of the initial release.

Since the Pyraminx was released, Mèffert has worked to create over 100 puzzles and has produced many puzzle designs from other puzzle creators such as Tony Fisher. Mèffert is as important as Rubik in the development of twisty puzzles and his work to build on the success of the Rubik’s Cube and branch out into new and intriguing designs is inspiring.

As another direct result of the Rubik’s Cube’s success, British puzzle designer Tony Fisher decided to modify the original Rubik’s Cube. In 1981, he joined two cubes along one edge, creating the first “Siamese Cube”, which remains a popular puzzle amongst collectors to this day. This modification is the first of its kind, and it inspired Fisher to continue modifying current mass-produced twisty puzzles.

In 1995, Fisher modified puzzles further to create a 3x3x4 puzzle, the first known cuboid twisty puzzle. This led to the creation of the 2x3x4, 4x4x5 and 3x3x5 puzzles. Many of Fisher’s inventions have been mass produced by Mèffert.

The first Rubik’s Cube World Championship took place in 1982 in Budapest, Hungary. After this event, the world of speedcubing died down slightly as the cube’s popularity faded from public view. Everything went quiet for several years, but work was still being done.

The Internet and the introduction of Fridrich

In the 1982 World Championship, Jessica Fridrich, the Czech Republic competitor, used a simple layer-by-layer method, used by many. The closest usage of the method of today was by Guus Razoux Schultz, who used a very basic and primitive F2L method. The method was in its very early stages when Fridrich adopted it in 1987. She then went on to develop algorithms for the OLL and PLL stages, which significantly dropped the last layer times of users far below anything seen before in other layer-by-layer methods. As the Internet began to grow and grow, it made information available to many more people than before. In 1997, Fridrich published her solving methods online which made them available to millions worldwide. In 1999, the Speedsolving Yahoo group was created which enabled speedcubers to connect with one another, which led to the want for a competition to be held somewhere. However, these competitions were often difficult to regulate due to know official rulebook being in existence.

In 2004, the World Cube Association was founded by Ron van Bruchem and Tyson Mao in order to promote speedcubing competitions, and provided a site where competitors could view their results and compare them to those of world-class speedcubers, and also to regulate and manage competitions to ensure no cheating took place.

Thanks to the WCA, speedcubing has grown as a hobby and is now internationally recognised. World Records are broken frequently, and also each country has its own National Records, meaning everybody has a chance to hold a record. Some speedcubers are more influential than others, but it is the community feeling of these competitions that makes speedcubing special. Speedcubing is also a main factor that contributes towards the longevity of the Rubik’s Cube’s life. 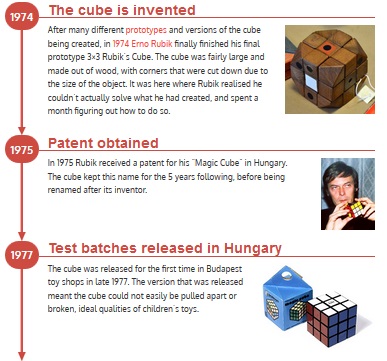