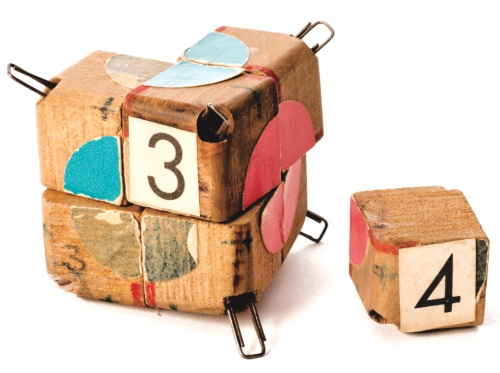 The wooden prototype presented on the Beyond Rubik's Cube exhibition

Rubik Erno wanted to create an object that seemed to defy the laws of possibility; he wanted a structure which, whilst staying held together, had movable independent parts that could be manipulated and have their positions changed. It is believed that the cube was also used to help explain three-dimensional objects to his then-students at the Academy of Applied Arts and Crafts in Budapest Hungary.

Original images such as the fairly unstable looking 2x2 puzzle above surfaced as Rubik’s first attempt at accomplishing his goal. The first types of cubes he created were simple wooden blocks that were held together with rubber bands and paperclips. 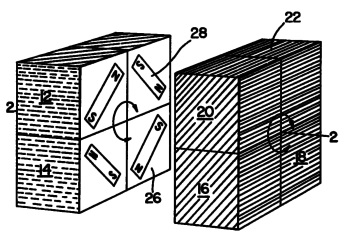 In fact, another man by the name of Larry Nichols had already invented a 2x2 puzzle which had a much simpler design; magnets were used instead of rubber bands and paperclips. This meant that the puzzle could be separated into its 8 blocks quite easily, making it fairly unstable. The patent for this original 2x2 cube was filed in 1972, two years before Rubik invented his own 3x3.

These prototypes have only shown how a 2x2 puzzle could be constructed which, although still technically achieving Rubik’s goal, still didn’t quite allow all the pieces to move independently. The 2x2 didn’t need a core to control the movements of the separate pieces, so the puzzle was effectively 8 blocks moving around one another with fairly limited movement paths. 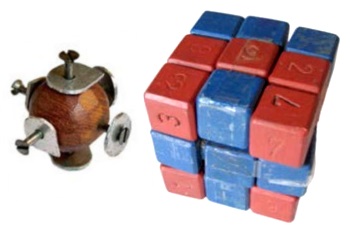 It was from here that Rubik began to work on a “core” for his inventions. This core enabled a larger order of puzzle to be made – The 3x3. Using a stable core, Rubik was able to construct a cube that could be moved and twisted fairly independently. The first prototype of a working 3x3 puzzle is shown in the image. Although his core design was fairly simple, it isn’t that much different from what is used today; screws attaching the centre pieces to the core (with added washers for easier turning).

The final Rubik’s Cube prototype was created in 1974. This then led to patents and, after signing with toy company Ideal, was sold in Hungary and then eventually worldwide in 1980. This prototype was a much smoother version of the chunkier original prototype, and the corners were cut (as the cube was fairly large, Rubik believed the corners made the puzzle bulkier than it needed to be). 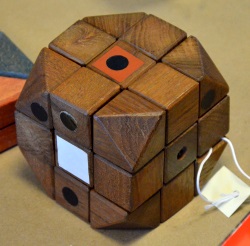 Very little was known about this cube until 2014, when this and all of Rubik’s original prototype models were made public in the Beyond Rubik’s Exhibition at the Liberty Science Centre, New Jersey. Here the prototypes received more attention and thus more was learnt about the version pictured. The white centres are believed to hide the screws, although this is not certain. Also, the dot stickers that appear on some pieces are believed to be from when Rubik tried to restore what he had made. This led to him realising what he had truly created – a puzzle that would be enjoyed by many future generations.

This was just the beginning. Read more about how far the Rubik's Cube hardware has evolved! Now we can get magnetized or even smart cubes.