This record has been broken!

The Korean SeungBeom Cho (조승범) set a new Rubik's Cube World Record in the first round of the ChicaGhosts 2017 competition on October 28, 2017 Chicago, Illinois USA. With a 4.59 seconds solution he shaved off one tenth of a second from the record of Patrick Ponce which lasted only two months. This result brings the title back to Asia after 9 years. He used a magnetic MoYu WeiLong GTS2M cube on this competition. 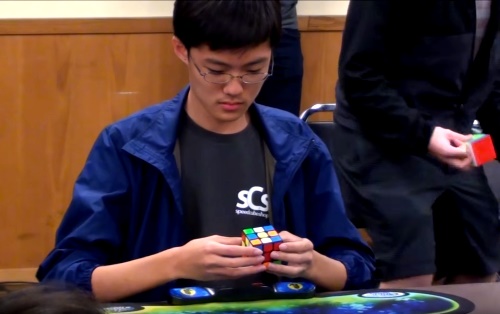 SeungBeom Cho who goes by the name Steve (WCA ID 2012CHOS01) is a Korean speedcuber who competed 12 times but this was only his second competition since 2015. He holds the National Record for the 2x2x2 Cube. He has a YouTube channel (stevecuber1) with cube reviews, solves and other puzzle related topics. 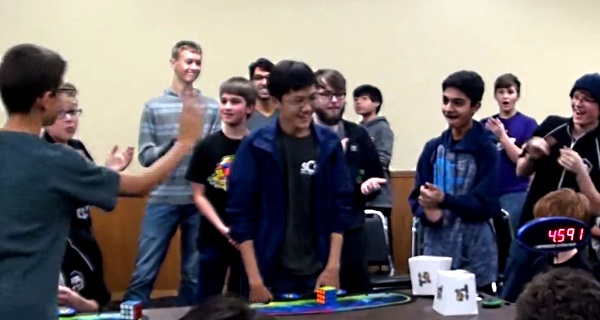 Seconds after the record: cheering crowd and an awkward high five fail

Steve averages 8 seconds on the 3x3 and his FMC record is 33 moves but this time he managed to solve the cube with only 29 rotations, having a PLL skip.

Watch the video below.