Top lists with similar titles are very popular, especially on YouTube so here's our list about our favorite puzzle. We all know what the Rubik’s Cube is, and we most likely have spent countless hours trying to figure out how to solve the puzzle. Apart from that, what else do you know about it? Here, we will explore the history, its background and other amazing Facts.

Since this is a toy that has become a great classic, it is worth looking deeper and finding out all these intriguing facts and spicy details that will give us a better understanding of the wonder of the Cube!

Here is a list of twenty Rubik’s Cube Facts that will amaze you. Some of them have to do with the past and others reflect the impact of the Cube on the world nowadays. Let’s get started and find out more about this outstandingly popular and highly addictive puzzle, with the vibrant colors and the alluring concept!

1. Its Initial Name Was Different 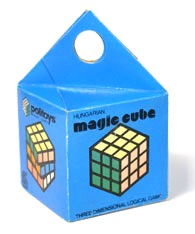 Back when it was first introduced to the public, the legendary toy was named the Magic Cube (Bűvös Kocka in Hungarian).Later on, with the need to overcome international patenting issues that had emerged in Hungary, the Ideal Toy Corporation (which had already bought the rights to this truly popular puzzle toy) changed its name in 1980.

The person responsible for the construction of the Rubik’s Cube is a professor of architecture, who was trying to conceive the idea of three-dimensional geometry. This had been the driving force that led to the making of this cube. Of course, Ernő Rubik could never have imagined the popularity that this design would gain over the years, as he invented the Cube in 1974 - Two Rubik’s Cube Facts in one!

3. Rubik Had a Hard Time Solving the Cube 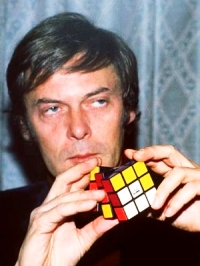 One of the hidden Rubik Cube facts is that it was not certain at all that Rubik had managed to find a solution to his invention. This is why he spent about a month, trying to perform the proper moves and solve this demanding problem. Once he did, though, he set the world on fire with people being motivated to try and find ways to solve the Rubik’s Cube.

4. How the Wheels Have Turned

Nowadays, one of the most interesting Rubik’s Cube facts, it does not take a whole month or endless moves for people to complete the Cube. Instead, it has been estimated that the puzzle can be solved using less than 20 moves in total!

More than 350 million Rubik’s Cubes have been sold! Such incredible numbers do not include the imitations that have been brought to the global market all these years. Without a doubt, Rubik’s Cube is the best selling puzzle toy of all time!

6. Structure of the Cube 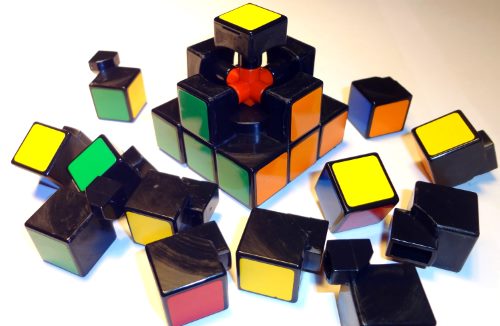 There are six surfaces on this 3-D cube, each one being colored differently. The colors used are yellow and orange, red and white, blue and green. In total, there are twenty six little cubes that can move around without destroying the outer cube. The reason why everything is held together is related to the use of an innovative internal mechanism.

Another one of the Rubik’s Cube secrets is that this was not the first time a similar toy was conceived as an idea. An American called Larry Nichols had invented a cube being held together by magnets and patented it. All the companies involved in toys rejected such a toy design and, interestingly enough, Ideal Toy Corporation did too! Another Japanese competitor (Terutoshi Ishige) was too late with his patent, since his application was completed a year after Rubik. 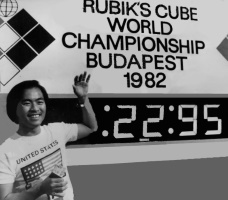 Check out this awesome Rubik’s Cube Fact! Back in 1982, people began competing in completing the quest of the Cube. The first World Championship was held in Budapest in the same year and the first winner was far too slow for today’s braggers; 22.95 seconds for Minh Thai from the United States!

Speedcubers broke the 5 seconds barrier. In 2015 Lucas Etter was the first to solve the cube in less than 5 seconds

9. Style Beats Speed at Some Point

Gamers try to impress, either by pulling the moves through blindfolded or using just one hand or even when behind the back while riding a bike! There are style points given and this is what these cubers wish to accomplish; however, speed is essential to them as well! 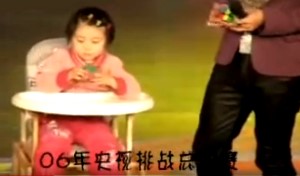 11. Moderation Is the Key

The world has been taken by surprise by the popularity of the Cube. On the downside, a lot of people have experienced compulsive behavior and there have been incidents of ‘Cubaholics.’ This has led to the establishment of “Cubaholics Anonymous” in 1982, with Rubik’s Wrist and Cuber’s Thumb being eloquent proof of the excessive zeal of several puzzle enthusiasts.

If you get to count the overall permutations in Rubik’s Cube, you will come up with a number that you do not come across that often. Indeed, the number of the configurations in the Cube reaches 43,252,003,274,489,856,000 (over 43 quintillion moves)! This is awesome!

If one cube was scrambled for each configuration, once you placed them one by one you would get the astounding number of 261 light years! Alternatively, imagine that they would cover the Earth 271 times in different layers! Do you want more? Well, if you turned one cube per second, you would need 1,400 trillion years for all the permutations to be covered!

14. Most Expensive Rubik’s Cube Ever 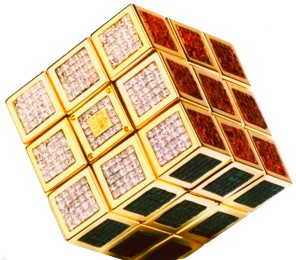 In 1995, the Masterpiece Cube was created for the 15th anniversary of this iconic toy by Fred Cueller and Diamond Cutters International. The Cube consists of 18 karat gold and precious gems, including amethyst, emeralds and rubies. Its estimated value is $1.5 million!

Weighing about 100 kg and being 1.56 meters tall, the largest Rubik’s Cube in the world is made by Tony Fisher!

Since size does matter, the smallest Cub is just 6 mm for the moment and people are trying to shrink it even more!

Moving on with the facts about Rubik Cubes, you ought to know that it has been awarded the Toy of the Year for two years in a row,1980 and 1981. People were thrilled to get in the craze of solving this 3-D puzzle and we are certain that their enthusiasm has not faded over time.

During the initial years of the Rubik’s Cubes release, a 13-year old boy named Patrick Bossert had published a book called “You Can Do the Cube” in 1981 and sold over 1.5 million copies. It became a universal best seller and it is still available for purchase, even in the form of e-book! Great job kid! 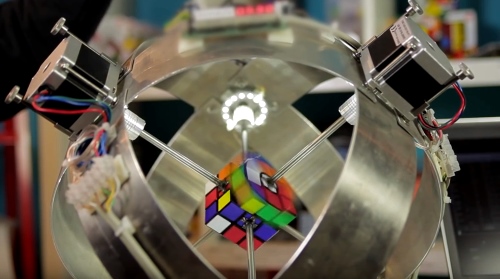 No human has been able to beat the speed of robots so far and this is why their record is way out of reach. Still, the masterminds behind the robots are humans and we can sigh with relief at such an acknowledgement! Watch the Sub1 robot doing it under one second.

One of the most intense scenes in the “Pursuit of Happyness” with Will Smith is the one that stars a Rubik’s Cube! Will Smith is challenged to solve the puzzle, in order to get a chance in his career as an intern stockbroker. Fortunately for him, he is up to the task and he makes a great impression!

Last addition in Rubik’s Cube Facts! Rubik’s Cube is truly popular, as you should have known by now! This means that a lot of people have been influenced by this puzzle and have gone ahead with references and inspirational touches of the Cube in modern culture.

The Barron Knights have released a song called Mr. Rubik in 1981, about a person who got seriously addicted to the game. Nowadays, the famous Sheldon Cooper from the Big Bang Theory has been wearing T-shirts with Rubik’s Cube in various forms.