The world of twisty puzzling has come very far since its early progression thanks to the Rubik’s Cube in the early 80s to today, over four decades on. Many puzzle designers have come and gone in both the twist puzzle and speedcubing world, but some designers have been here since the beginning. These designers have contributed vastly to the world of puzzles, and command great respect within the community. One of the largest pioneers in creating new puzzles and manufacturing techniques is Tony Fisher. 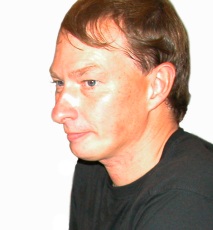 Tony Fisher, a British puzzle designer, has been creating puzzles since 1981, inspired by the Rubik’s Cube and its global success. At the advent of the twist puzzle world, there weren’t many types of puzzle that shared characteristics with the Rubik’s Cube. Collectors could only collect so much, so Fisher decided to make some of his own. Fisher is accredited with creating what is considered to be the world’s first “handmade modified rotational puzzle”, the Siamese cube (two standard Rubik’s Cubes attached to one another along one edge).

The Siamese Cubes were popularized when Fisher met David Singmaster, at the time considered a Rubik’s Cube expert, at a games day in his home town. Upon seeing the puzzle, Singmaster wrote about the modification in his very popular twisty-puzzle newsletter “Cubic Circular”. It is thought that this puzzle may have inspired Erno Rubik to mass produce his own version of the modification, coined “Rubik’s Mate”. This puzzle has now been produced by Uwe Meffert, another inventor and puzzle enthusiast who has worked with Fisher frequently to mass-produce his wonderful inventions.

Since then, Fisher has taken existing puzzles and modified their mechanisms to create weird and wonderful variations. Puzzles such as the Fisher Cube and 3x3x4 were created using basic puzzles as their core design (the Rubik’s Cube and 4x4 / Rubik’s Revenge respectively).

Over the years Fisher has designed over 100 twisty puzzles, using both existing and brand-new mechanisms. Here are some of his most well-known puzzles:

Fisher has also popularly created ball puzzles, which are standard twisty puzzles (usually NxN cubes) that have been turned into spheres that function the same as the standard puzzle. Some of Fisher’s most popular ball puzzles include the 4x4 and micro-3x3 variants.

As technology improved, Fisher found that more and more puzzle designers were taking their designs to 3D printing companies such as Shapeways to bring some of their conceptualised works to life. Fisher, however, crafts most his puzzles by hand, as he much prefers “the satisfaction of creating something” himself.

Tony Fisher also has a YouTube channel, where he unveils new modifications, unboxes new and exciting puzzles by other designers/manufacturers, and more. Watch out on April Fools' Day because he likes to prank.