There have been roughly 400 million Rubik's Cubes sold since 1980 and one fifth of the globe had played with it, making this puzzle the best selling toy in history, and helping its inventor, Erno Rubik to become the richest man in the communist Hungary back then.
You might think about the Rubik's Cube as a retro game but it was still the best selling toy at Walmart in 2015 with $111 million retail sales. 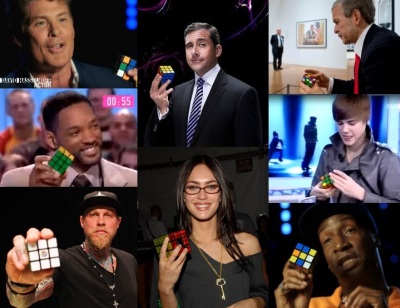 The Rubik's Cube has 43 quintillion (43.252.003.274.489.856.000) possible scrambles. If we'd line up that many cubes it would reach out 260 light years or it could cover the Earth with 300 layers of cubes. Each piece in this huge pile would be showing a unique pattern and only one of them would be solved.
Good luck finding that one piece!

3. Its inventor couldn't solve it

After the Hungarian professor of architecture Rubik Erno invented the cube in 1974 it took one month to finally figure out the solution despite a whole university was looking for it. At first they weren't even sure a human could solve it.

4. The solution can be learned

The solution can be learned easily by memorizing a few algorithms and how to apply them. To solve the cube with the beginner's method we have to divide the puzzle into layers and to apply algorithms in each step not messing up the pieces already in place. Most Rubik's solving methods are based on this idea.

5. There is a Rubik's Cube solver program

Herbert Kociemba's Cube Explorer program can find the optimal solution in 20 steps. The algorithm is open source and free to download. There is an online Rubik's Cube solver which runs in your web browser without download and installation.

6. The start of the twisty puzzle mania

The Rubik's Cube inspired countless twisty puzzle models which all have their unique mechanism, shape, solution method and of course a huge fan-base. 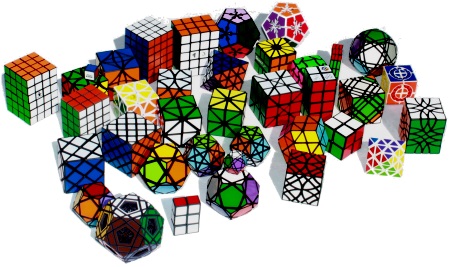 The World Cube Association regulates and holds Rubik’s Cube competitions worldwide since 2004 with officials in 70 countries.
The most important event is the Rubik's Cube single but there are one-handed, blindfolded, feet only and fewest moves challenges. 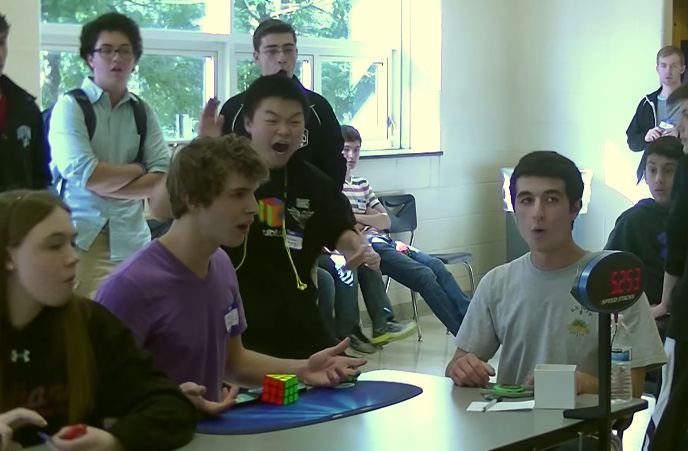 Feliks Zemdegs is holding the record for the fastest solution on an official competition with an astonishing 4.22 seconds result. However he wasn't the first to solve the Rubik's Cube under 5 seconds.

The Fridrich method (CFOP) requires much practice, finger tricks and the memorization of many algorithms. This is the most popular method used by speedcubers. 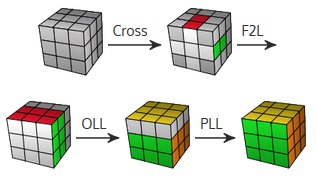 Speedcubers are quick but a robot called Sub1 solved the cube in 0.887 seconds. It used two webcams to capture the arrangement of the sides, then it calculated the solution and an Arduino-compatible microcontroller board applied the 20 steps.
The MultiCuber 999 robot is not so fast but it also achieved a Guiness world record by solving a 9x9x9 cube.