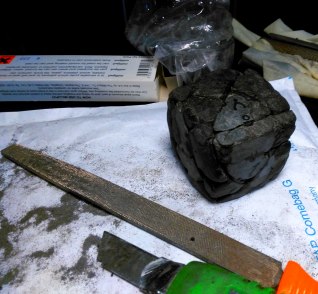 Some individuals and companies have created incredible and much harder alternatives of the original cube by modding the pieces and using current common puzzles. They have been able to vastly expand the world of puzzle solving, all from the original base of the Rubik's Cube. Some of these are one of a kind, made by individual puzzles, produced via 3D Printer and worth thousands of dollars. Others have been mass produced by large companies, and some companies have even come to be thanks to puzzle modifications. We have already presented some stunning sticker mods, in this article I’ll take a look at some of the more well-known one-of-a-kind and mass-produced modifications respectively.

The first famous shape mod was the Fisher Cube, created by Tony Fisher back in the mid-1980’s, when puzzle modding was still a fairly new concept. He created several other puzzle modifications, including one of the first cuboids, a fully-functional 3x3x4. The puzzle is similar to a 3x3, however extra algorithms are required to solve strange parities with the centres. There is also a 4x4 variant of the puzzle.

One of the puzzles that received the most attention in terms of media, YouTubers and the community as a whole was long-time puzzle developer, Oskar Van Deventer’s 17x17 puzzle. At the time, the largest mass-produced NxN puzzle was the 11x11 by Yuxin. In 2016 it is the 13x13 by MoYu, and a 15x15 is currently being designed by the same company. Oskar advanced puzzle technology by creating a 17x17 puzzle back when any double digit NxN puzzle was almost unheard of. Oskar has been producing puzzles of all kinds for many years, and still regularly uploads new puzzle designs to his channel each day, but this was his biggest claim to fame. This puzzle is available for purchase from Shapeways.com, a relatively large 3D printing service. Purchasing the puzzle would cost a hefty £2290.

In 2016 Corenpuzzle presented the 22x22x22 cube which exploded (fell into pieces) several times. This record was broken in 2017 when the 33x33x33 cube was revealed by Greg's Puzzles. This is currently the biggest NxNxN puzzle and it's available for sale for only $15.200. 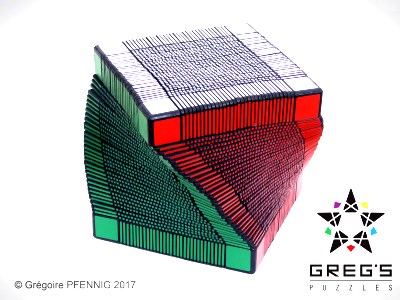 Lots of puzzle designers like to keep the original functions of the puzzle it is based off of, so this means that there are a lot of designers who reshape current puzzles. Some companies sell 3x3 balls, but there are also a few people who like to create them by hand. However, popularity of ball modifications is much less in terms of individual creativity (lots of ball cubes are mass-produced). Barrel modifications are normally performed on large NxN puzzles or sometimes cuboids. They involve rounding off the edges of the puzzle to create a cylindrical shape. The cube will still function as normal, but just have a different shape. Some of the designs can be quite interesting, and there has also been some competition regarding the World Record for largest NxN Barrel. The largest currently is NerdBubblegum’s 11x11 Barrel, which was produced fairly recently. There is potential for a 13x13 barrel cube, but nobody thus far has attempted it.

Back before MoYu was dominating the speedcubing scene, the best available 4x4 and 5x5 puzzles were the ShengShou puzzles. With the DaYan Zhanchi, people had had a taste of how fast speedcubes could become in the future compared to old designs, and they wanted more. People began to heavily modify the ShengShou 4x4 and 5x5 models, despite many new versions of the 4x4 being released by the company. These mainly consisted of florian mods, which are almost taken for granted on today’s puzzles. This meant sanding down the inner corners of each edge and corner, allowing for larger corner-cutting (the ability to turn the left or right layer with the top layer misaligned without the cube popping or damaging) capabilities, and overall better performance. This reduced times even more significantly than the release of the Weisu, the first 4x4 in the series by MoYu. Puzzle mods have definitely had an impact on current records and speed capabilities throughout speedcubing history.

Mirror Blocks are a shape modified 3x3 puzzle with only one colour of stickers. Each piece is a different shape, and the puzzle is solved the same as a Rubik's Cube except using shape instead of colour. Companies have also produced 2x2 and 4x4 variants of the Mirror Blocks. Some speedcubers even speedsolve them, with the world record single sitting at just under 10 seconds (9.83).

The Ghost Cube is a similar concept, except it does not operate like a 3x3 cube. The cube is bandagable and by orienting all of the layers differently, new turns previously impossible on a solved cube become possible, making this one of the most difficult smaller puzzle mods in existence.